In the Fall of 1979 Joseph D’Alessandro called a small group of family and friends together to discuss ways to preserve the historic Portuguese heritage of the area of Sacramento known informally as the Riverside-Pocket.

Once a large and nationally significant settlement dating from the mid 1800’s of Portuguese immigrants, the Pocket, an area of fertile farmland, was gradually disappearing because of housing and commercial development. The group called themselves the Sacramento Portuguese-American Historical Committee and in 1980 incorporated as a nonprofit organization through registration with the State of California Department of Corporations. By January 1982, and with considerably more members, the group renamed as the Portuguese Historical and Cultural Society. 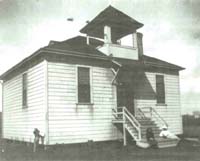 Upper Lisbon School (circa 1890)
Located on Riverside Rd. The only ethnic public school district in Sacramento area from 1870’s to 1940’s. School was moved to behind St. Mary Church and became a clubhouse in 1967. Children of the original Lisbon school attended this school until the Lower Lisbon school was built. 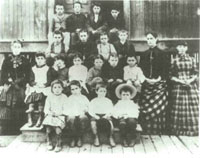 Lower Lisbon School (est. 1909)
Built on Berkenkamp property off Riverside Rd. Replaced original Lisbon school, which was destroyed by 1904 flood. Condemned in1928, children then attended the Japanese school on the Lewis ranch until 1945 when Cabrillo was built. Lower Lisbon was then torn down.

Founded in 1979, PHCS is a non-profit organization dedicated to the preservation of Portuguese cultural and historical heritage, we strive to provide a congenial environment for individuals of Portuguese ancestry to maintain a link with their ethnic past.

PLEASE NOTE: Due to the COVID-19 virus, regrettably, many activities on the PHCS master calendar have been cancelled or postponed. It is advised that you confirm with the respective organizations. PHCS will continue to post on our Facebook page information that is provided to us.